Bonenkai is a traditional part of Japanese New Year.  It is a party to celebrate the end of the year, and, as with so many other events in Japan, an excuse to drink a lot.  It might be held by any group, such as a business, a school, a club, a group of friends, or… a dojo!!

Bonenkai is said to be a “forgetting party,” so it was ironic that someone took this photo of me: 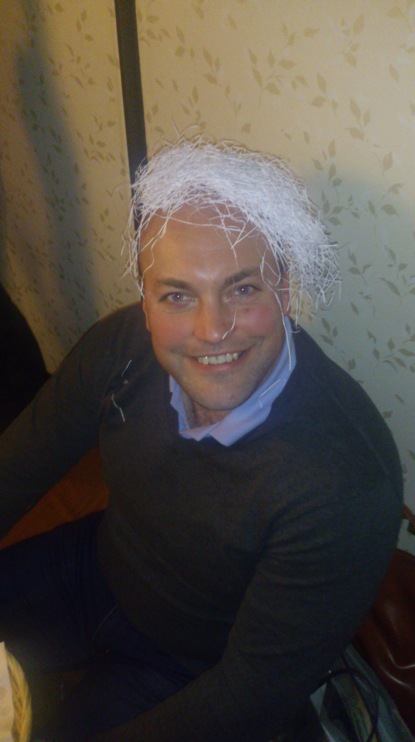 As you can see, someone thinks it is hilarious to put shredded paper on a bald man’s head.  I was drunk, but I think it was Yasuda.  However, I suspect it was Nick’s idea.  (Brits have a thing for white whigs after all.)  I tried to pass it off to other bald people in the dojo, but nobody wanted this hairpiece.  Can you believe it?

Following the national social custom, the official party was followed by an after-party, which was followed by dawn and then by Monday morning training.  (I have never seen Izzy look so flushed or Takenaga so pale.)  Osu!!