The exam is finished.  There were some unexpected changes, but we rolled with the punches and finished successfully.  Thursday was supposed to be the final exam, but Payet-sensei wanted to eat lunch with us after the physical portion of the test, so the written portion of the exam was moved to this morning (Friday).

Thursday’s test was a real trial.  Andy-sensei was out sick with influenza.  (He watched a live video feed of the exam via a Skype call to Nick’s iPhone.  Technology is amazing!)  So, Nick was moved from being my uke to be an assistant tester in place of Andy-sensei.  Then I thought Yasuda would be my uke, but it was changed again to Izzy.  With Yasuda as uke for Takenaga, they stood stock still through every other technique, which was unnerving.  To top it off, our favourite filmmaker, Kenji, was there taking stills and video of the test, so he was walking around with a camera while we were doing the test.  So many distractions.  The whole thing is kind of a blur, but we performed all the parts of the test I described in the last post.  My teaching technique for shido ho was karate mochi nikajo osae 2.  I think I did okay.

After the test, Payet-sensei bought us all bento boxes from the cafe at the hospital across the street.  It sounds humble, but actually the hospital cafe has quite good food… which you can eat every day for lunch if you come to Kyoto and do the Kenshusei Course.  We toasted with some sake (“kampai!”), listened to Payet-sensei’s stories about his recent trip to Russia, and talked about next year.

The legend of dead monkey pizza

After the test, I was so wiped out, I went back to the apartment and napped on the floor in front of the electric space heater with Three Outlaw Samurai playing on the Tube.  But Nick managed to get me out of the apartment.  It was an extremely mild spring-like day, so we went to Dai’s Pizza Kitchen. 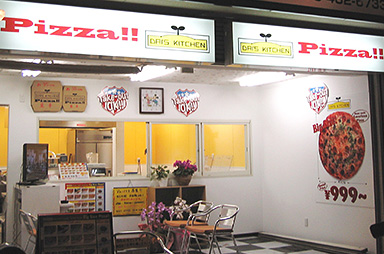 Real pizza, but no tables!  So we brought our pizzas to Kitano Tenmangu shrine, just down the street.  Since it was night, the shrine was closed and we ate our pizza in front of the giant stone torii.  I put Nick’s pizza box down on some rocks in front, and he said, “please don’t put my pizza on a dead animal.”  Sure enough, there was a decapitated monkey carcass lying under the pizza box–a strange finish to the day! 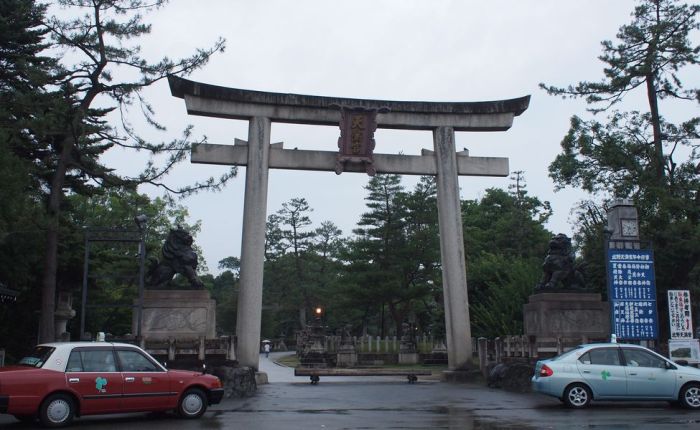 This morning, we showed up for the Friday morning ken (sword) class as usual.  Then Payet-sensei went home, and Nick administered our written exams.  We sat around a table in the dojo with pencil and paper and had one hour to answer the following questions:

At the end of it all, we were very happy.  Happy to be finished, but happy to be doing aikido too.

Tomorrow Izzy will return to California for one month before coming back to Kyoto to be sewanin for next year’s kenshusei class.

Takenaga will go to Hokkaido to visit her previous aikido teacher and home to Saitama to visit her family before returning to Kyoto.

And I will stay in Kyoto, resting my knees and teaching English until next year’s class arrives to move into their new home.

Thank you for reading.  Please check back for more posts later in March and then, starting in April, next year’s kenshusei as well!